The Mechanics of Promotion

The religious origin of Prem Rawat's western Mission has served to obscure what has been a consistent and energetic impetus to promote Prem Rawat, firstly in his role as Guru and subsequently as an Inspirational Speaker. Setting aside questions of the validity of Rawat's Mission, his career has been founded upon a single strategy - he is the Brand and effective promotion of the Brand, especially promotion designed to maintain Brand loyalty, is the source of his success.

A bewildering number of organisations has over the years been created for the purpose of promoting Prem Rawat. Most have been short lived trading subsidiaries and in the US alone the IRS has over 20 such moribund entities listed under the Elan Vital Incorporated registration.

The initial vehicle of promotion of Prem Rawat was the Divine Light Mission created in 1960 as a Member Association by followers of Prem Rawat's father.

Early in 1973 Prem Rawat, then still only 15 years old, had announced the creation of a new organisation with an interesting mission statement to be called Divine United Organization.

"Divine United Organization will feed and clothe the world. It will save humanity. Yet its success will not depend upon an external system of organization, but rather to the extent that it acts as a practical channel for that one thing which can save humanity: love."

This entity owned property in India and the control of DUO was retained by Prem Rawat and his supporters after Prem Rawat was deposed as Satguru by his mother and administrators of Divya Sandesh Parishad in 1975. The DUO title was attached to numerous trading entities associated with the Divine Light Missions in the US and UK. However there seems to have been no legal relationship between DUO in India and these small businesses, nor was any organisation titled DUO set up outside of India though the name was used for some years.

Following his 1975 legal disputes with his mother and brothers Prem Rawat was free of their influence and he assumed almost complete control of the nearly non-existent DUO in India and the non Indian Divine Light Missions. Outraged by Prem Rawat's lifestyle especially his drinking alcohol, meat-eating, his marriage and his opulent lifestyle the eldest brother, then called Bal Bhagwan Ji and now known as Satpal Maharaj assumed the mantle of his father as Guru Maharaj Ji in India and ownership of the Indian Divine Light Mission and all its assets and the overwhelming number of the Indian premies.

In recent years Prem Rawat has publicly stated that he has little or no control over the organisations that promote him, in contrast to this assertion former employees and volunteer workers maintain that the organizations remain entirely at Prem Rawat's disposal. This exercise of control has taken place without legal reference, instead depending essentially upon the unquestioning devotion of his followers and deference to Prem Rawat in all matters. As none of the Prem Rawat promoting organisations have ever had an empowered membership, control of the organisations is held by managers whose positions are dependent upon the continued approval of Prem Rawat.

For those who wish to understand the finances of the Prem Rawat promotional organisations it is unfortunately the case that to date only Elan Vital [UK] and The Prem Rawat Foundation have been legally required to file public accounts. The Elan Vital Foundation[Switzerland] and Elan Vital Incorporated[US] have served as the international hubs for transfers of finance between the various Rawat promotional organisations; the EVF is governed by Swiss Charitable Foundation law which does not require public presentation of accounts. EV Inc.[US] and its various subsidiaries are protected by its church status from having to provide any public information about its financial affairs. The international functions of Elan Vital Inc. and EVF seem intend to be transferred to Words Of Peace Global which came into existence in 2008. As a Netherlands registered foundation WOPG is exempted from any requirements to publish its financial data.

A notable feature of the organisations promoting Prem Rawat is that all operate with minimum membership boards of management made up solely of individuals who have a profound commitment to Prem Rawat. Despite its 'church' status Elan Vital Incorporated [US] had no member or congregation representation and the now defunct Australian EV Inc., despite being a members Association, limited that membership, not to the followers of Prem Rawat but to a self electing coterie. It is the closed management/membership feature that allows Prem Rawat to retain an unchallengeable influence over the operation of these organisations without his having to be in any way accountable for that operation. 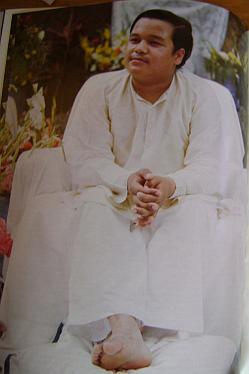 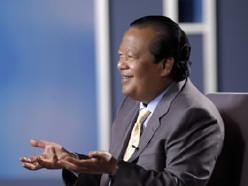